The brief for this project called for Destijl to design and create a set of displays for their client; The Danish Bakery Malta to showcase their assortment of goods and services at the Vivanda – Chef Challenges, Food and more exhibition.

The design needed to incorporate certain features which would allow for the client to showcase goods and literature to the visiting public. What Destijl came up with was two display structures with a central graphic tower and adjoining counter spaces on either side for The Danish Bakery’s products and literature to be placed.

The lightweight design of the T3 Frame system meant that the structures could be moved and placed anywhere on the stand to maximize on viewership and foot traffic, this was even true after the actual assembly and graphic mounting.

The structures were then cladded in roll up graphics mounted using magnetic tape. The counters spaces used Dibond panels as shelving tops and lastly, both structures were illuminated with LED spotlights

Destijl has been working with The Danish Bakery for about 7 years now, so when they approached us about the show we decided to create something unique for them using T3 Systems. The final result was excellent, a great piece of art 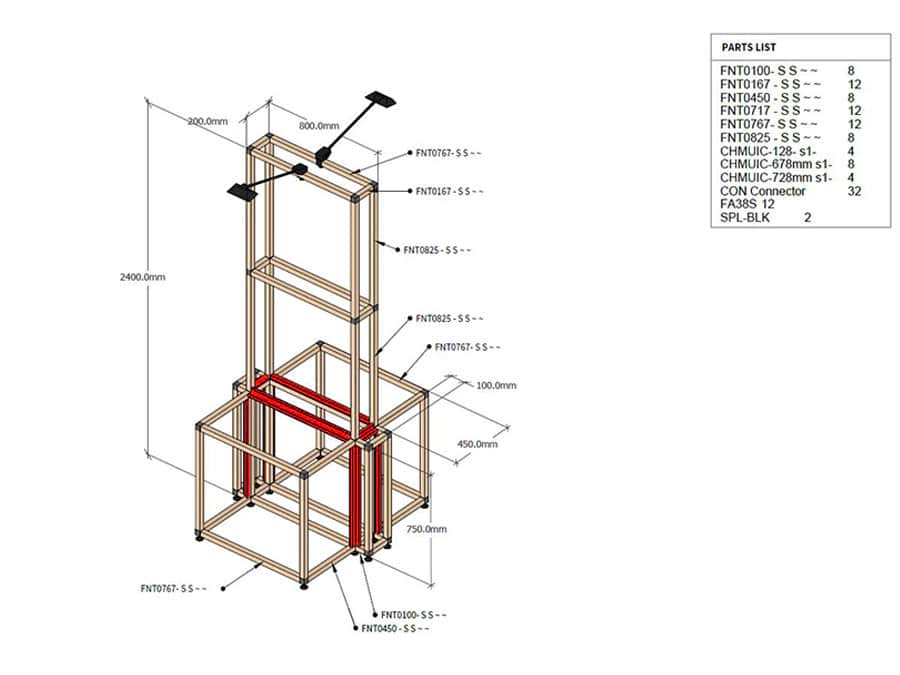 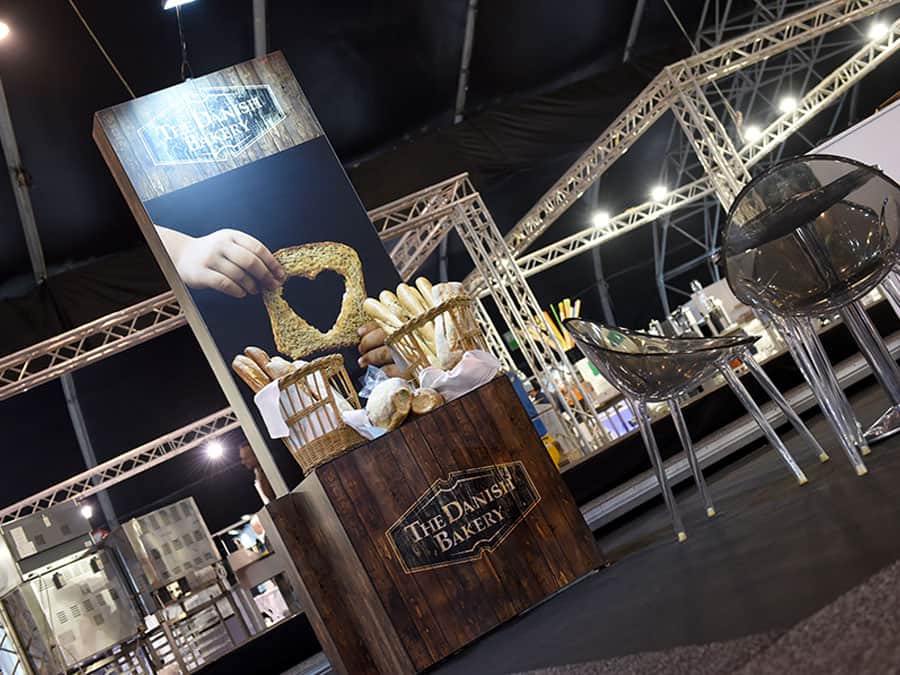 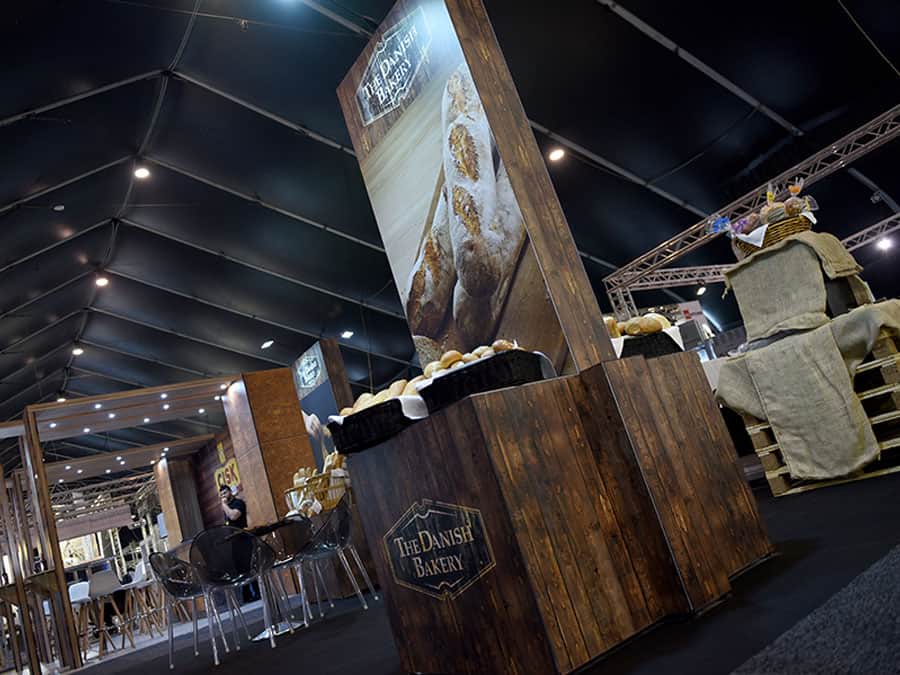 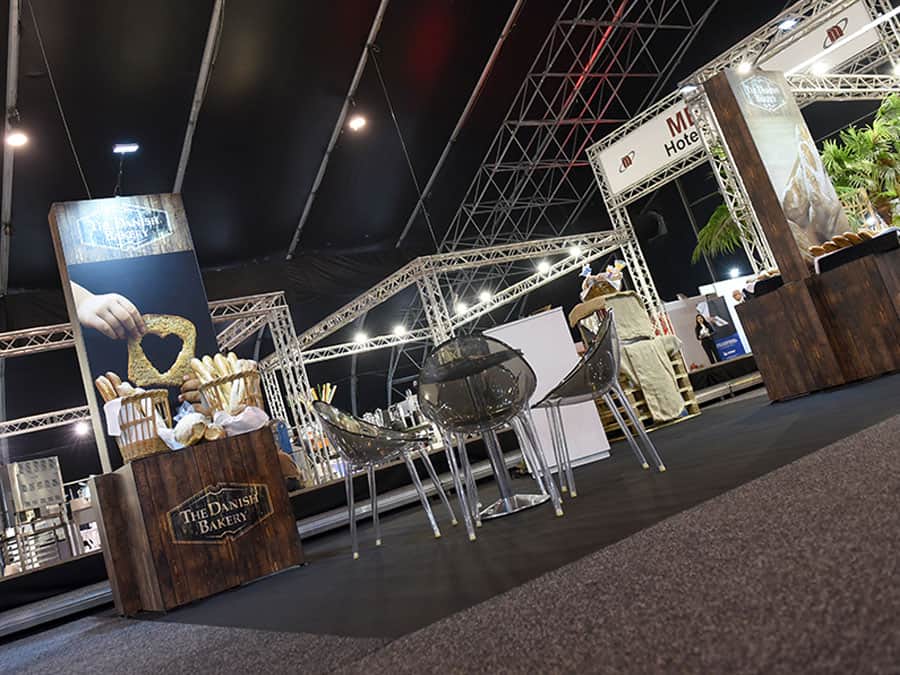 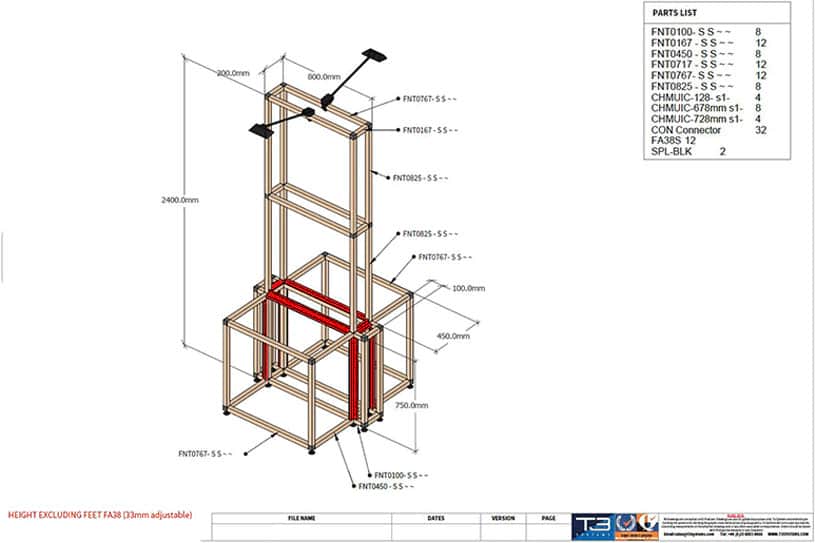 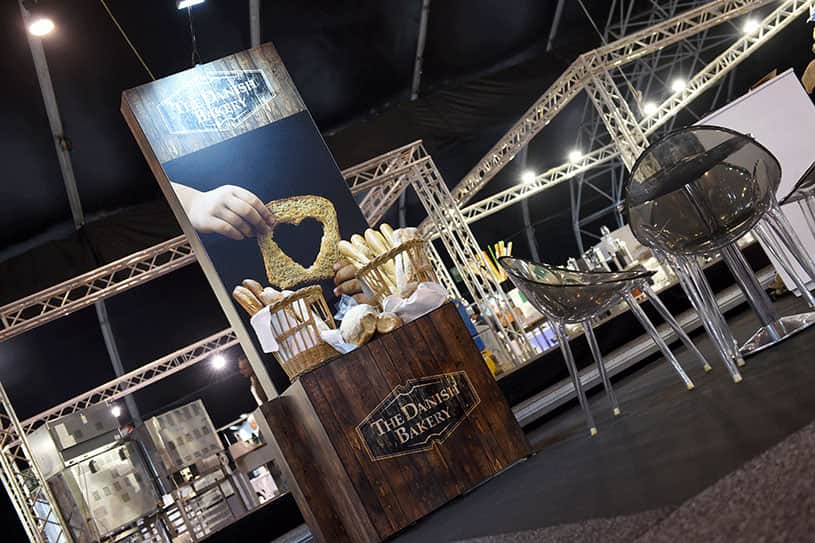 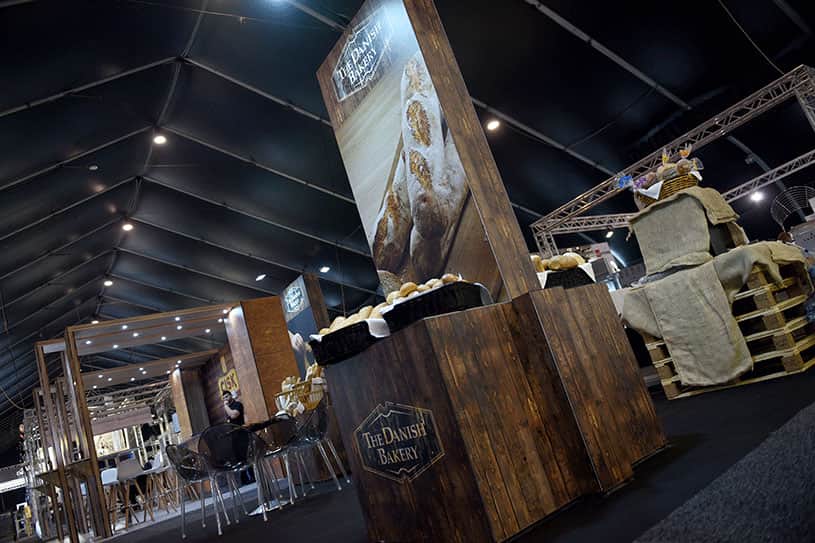 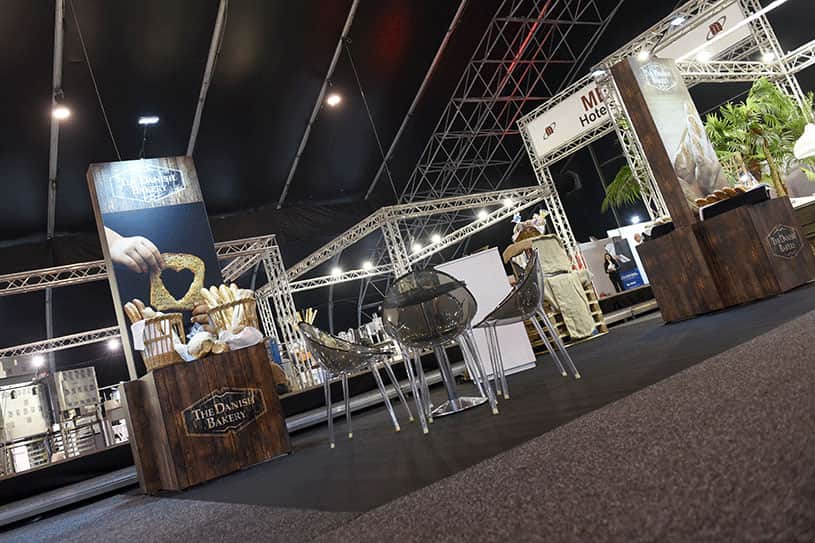 ×
FIND OUT MORE VISIT DESTIJL
By continuing to browse the site you are agreeing to our use of cookies.