Les Ateliers was tasked with a brief to create a design that would be simple to assemble and easy to transport. The display was intended to be used as a promotional structure to display Coca Cola’s various production facilities around France and some of the key factoids about those facilities. The structure was to be moved around France on this promotional tour, this being the reason why it needed to be lightweight, easy to assemble and easy and cost effective to transport and store.

The stand was designed to resemble a small café and included some unique features that helped to replicate the cafe feel to visitors and viewers. Firstly, Les Ateliers included three indented alcoves into the design. These were used to replicate the cafe front windows. These windows were clad with tension fabric graphics, with the graphics depicting the key factoids and locations of the factories. The design also used an alcove to simulate the doorway to the cafe. The tension fabric graphic that clad this alcove did a fantastic job at finishing the job. The tension fabric graphics were mounted onto the framework using a combination of T3Frame’s Silverlite and Silverlite 45° graphic mounting profiles. The Silverlite 45° profile is used to created seamless, clean edges. A 1.2 metre 0.3 metre counter was also created in a similar fashion to the larger stand. Included in the counter’s design was a set of shelving and sliding doors. This allowed for the counter to be used as storage for product and literature.

The installation of the cafe display was completed by a team of 2 people in 4.5 hours without the use of tools or levers at any point of the construction. In this time the team was able to assemble all of the structures, mount graphics and configure lighting.

Once the show was finished a team of 2 was able to dismantle and pack up the entire stand in 2 hours. The profiles and extrusions were stacked and packed away into small, compact flight cases ready to be transported to the next venue on the travel itinerary. One of the major benefits for this particular project is that the flight cases were able to fit into the back of a small van, which helped to save the event company on expensive travel and freight costs.

The stand was able to be transported and assembled easily at multiple venues. The client was very happy with the stand and it even appeared on French national television. 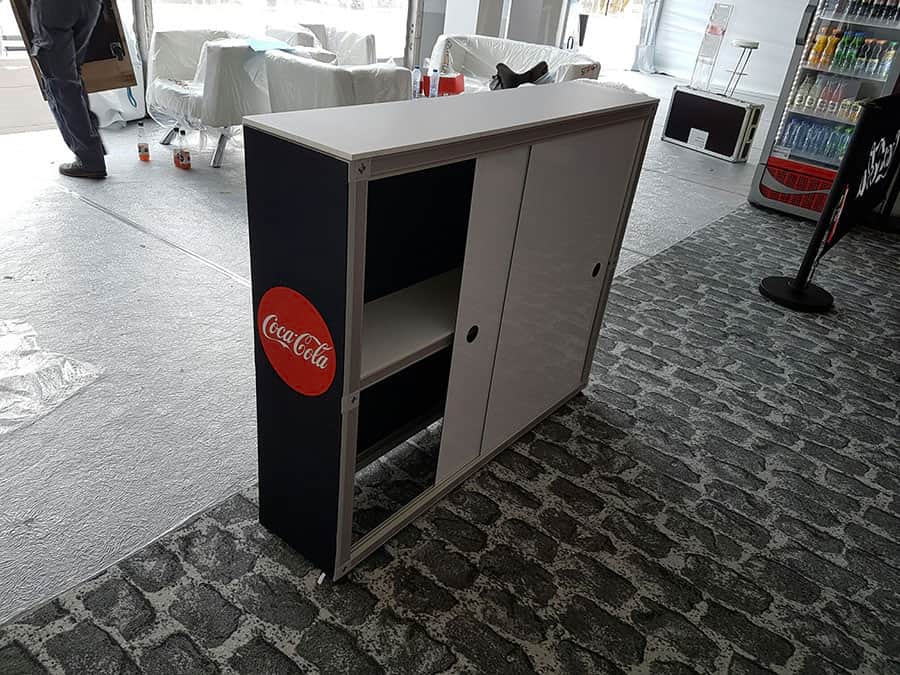 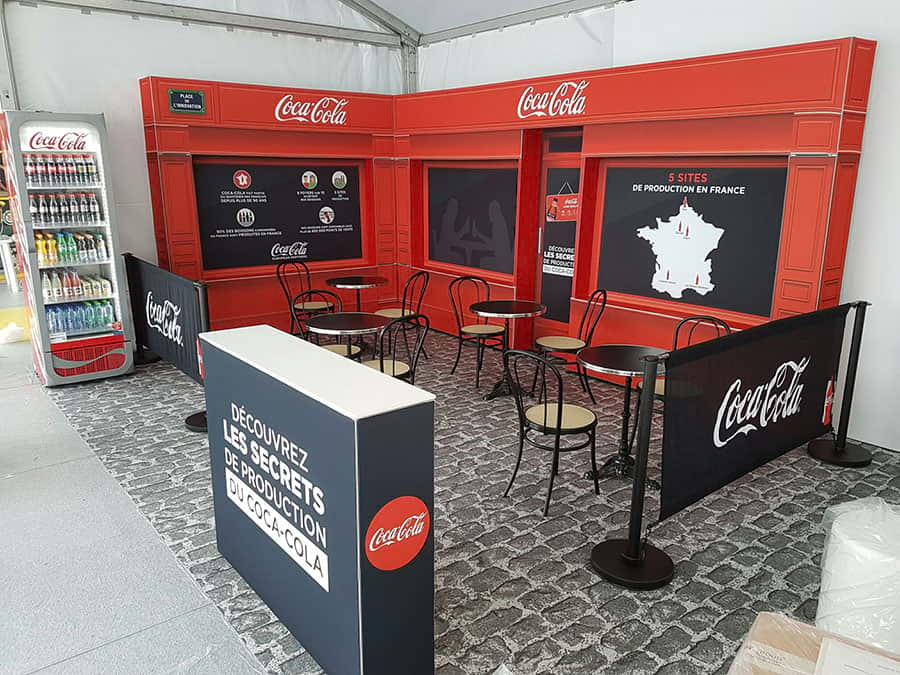 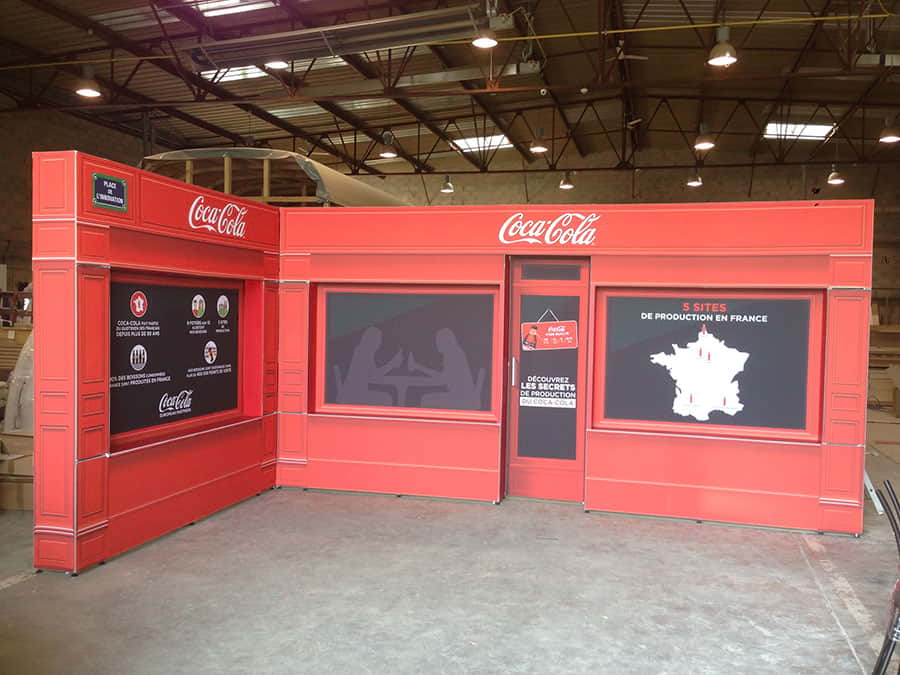 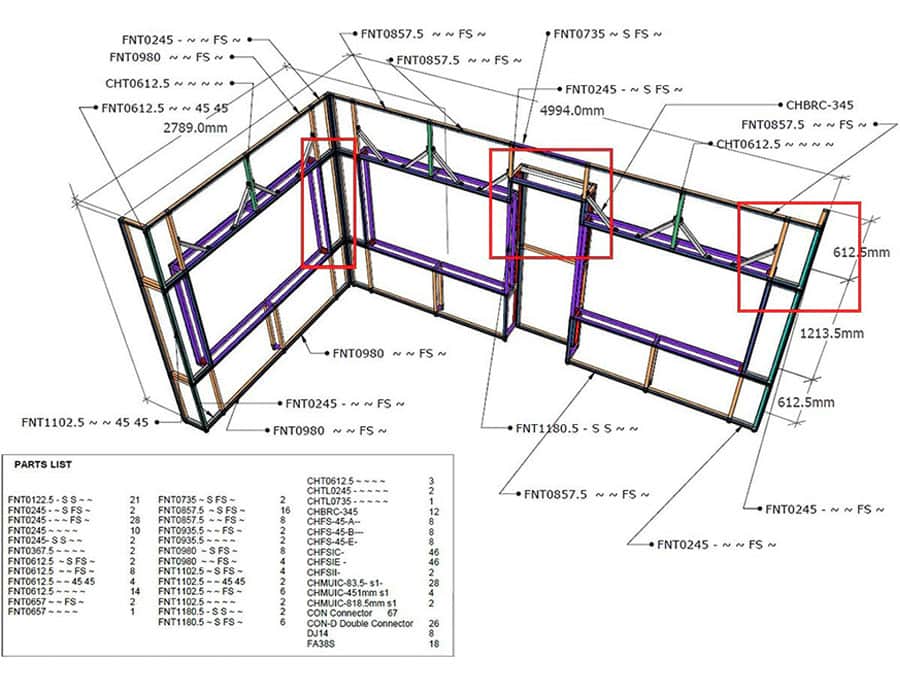 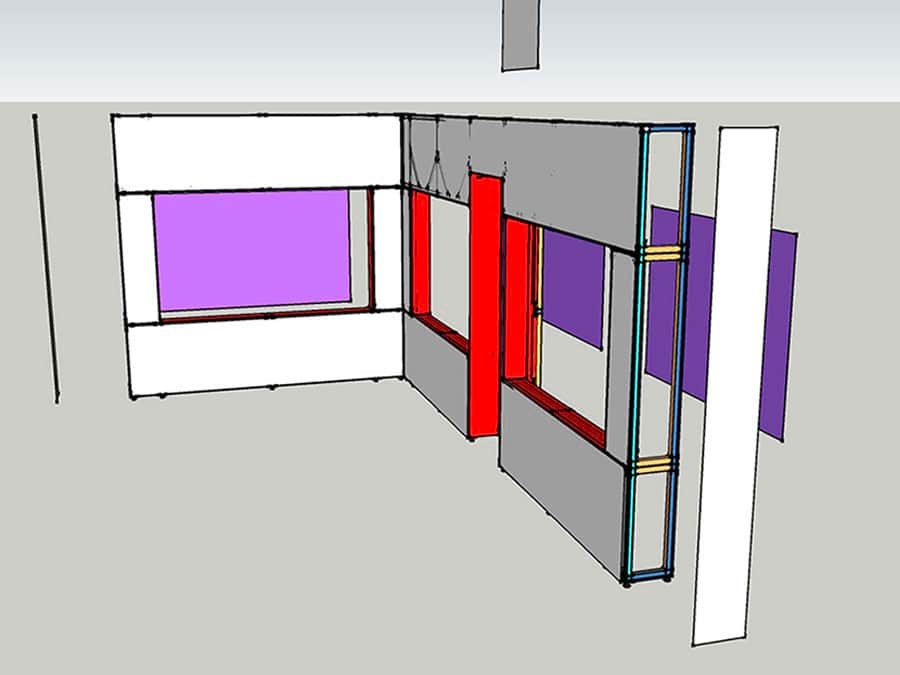 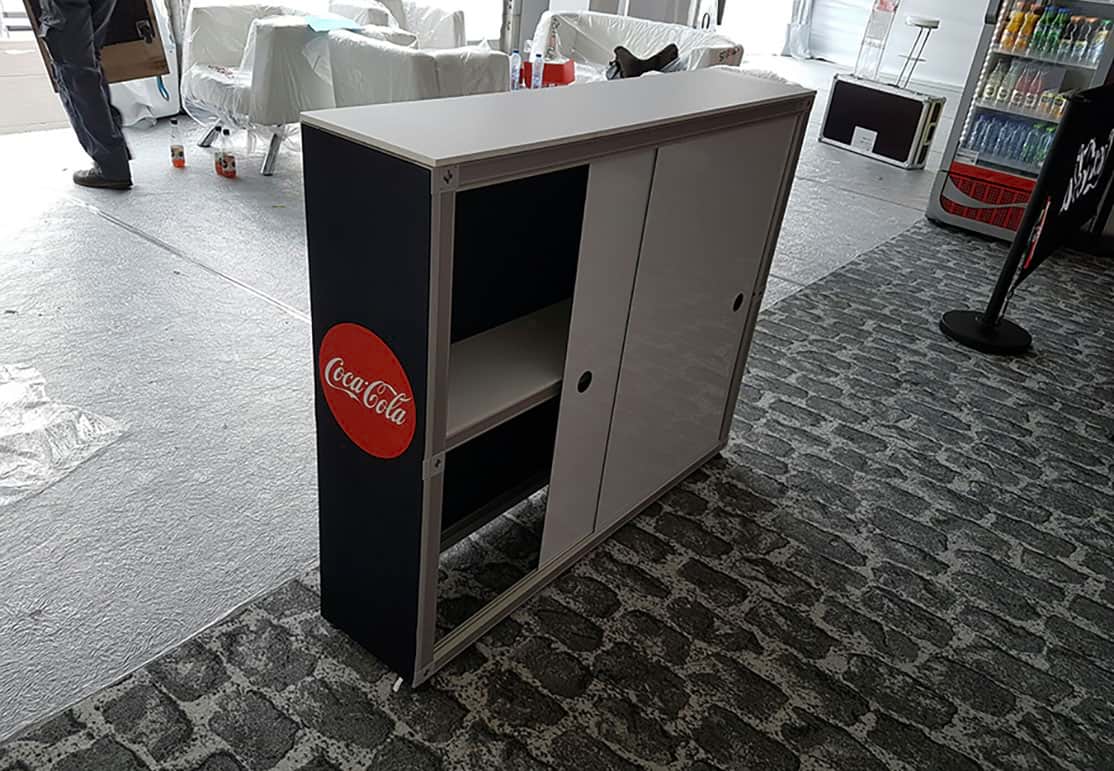 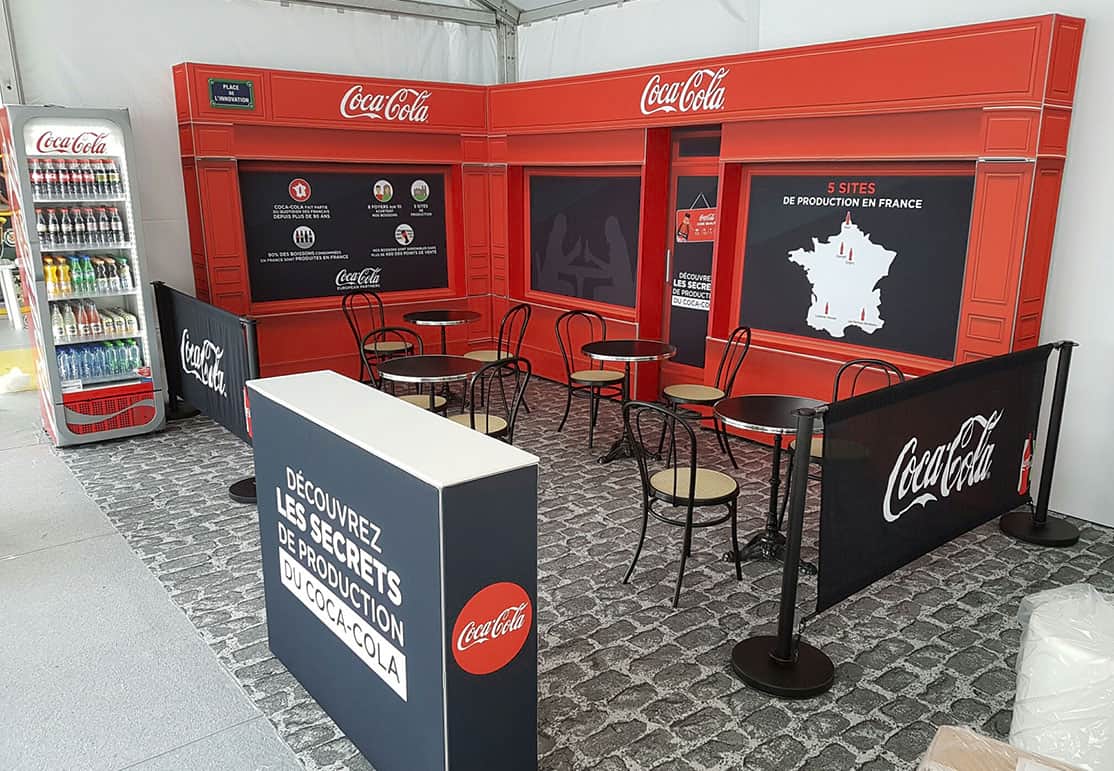 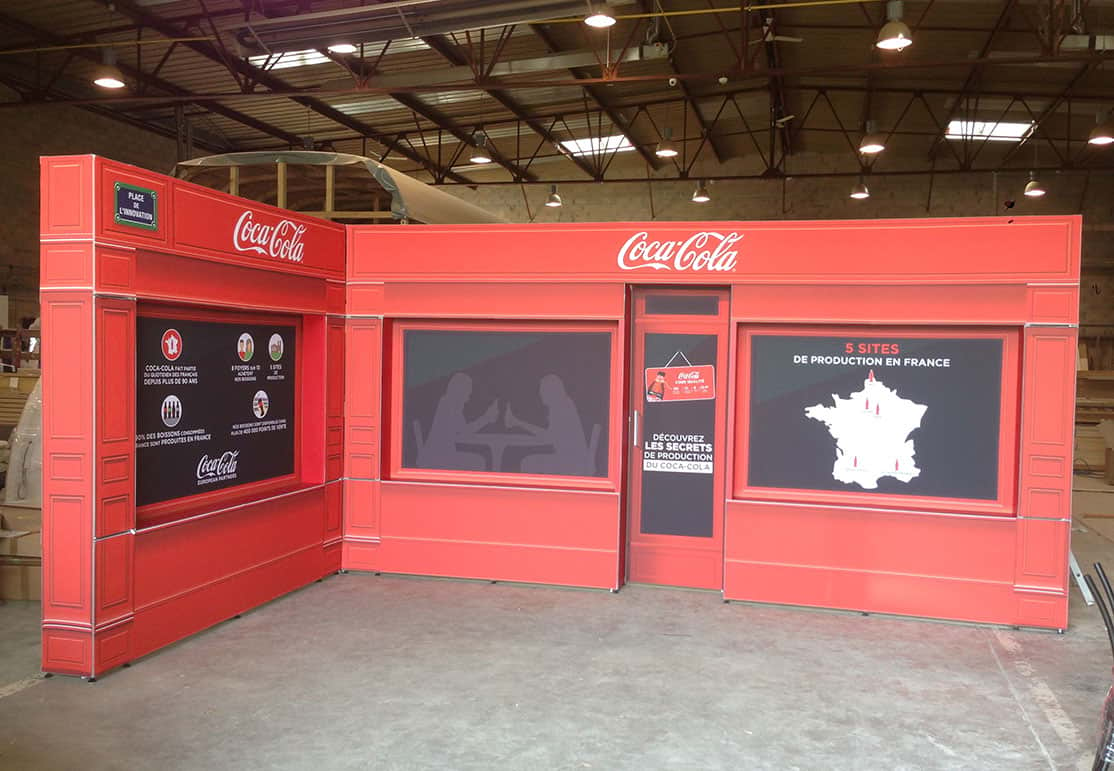 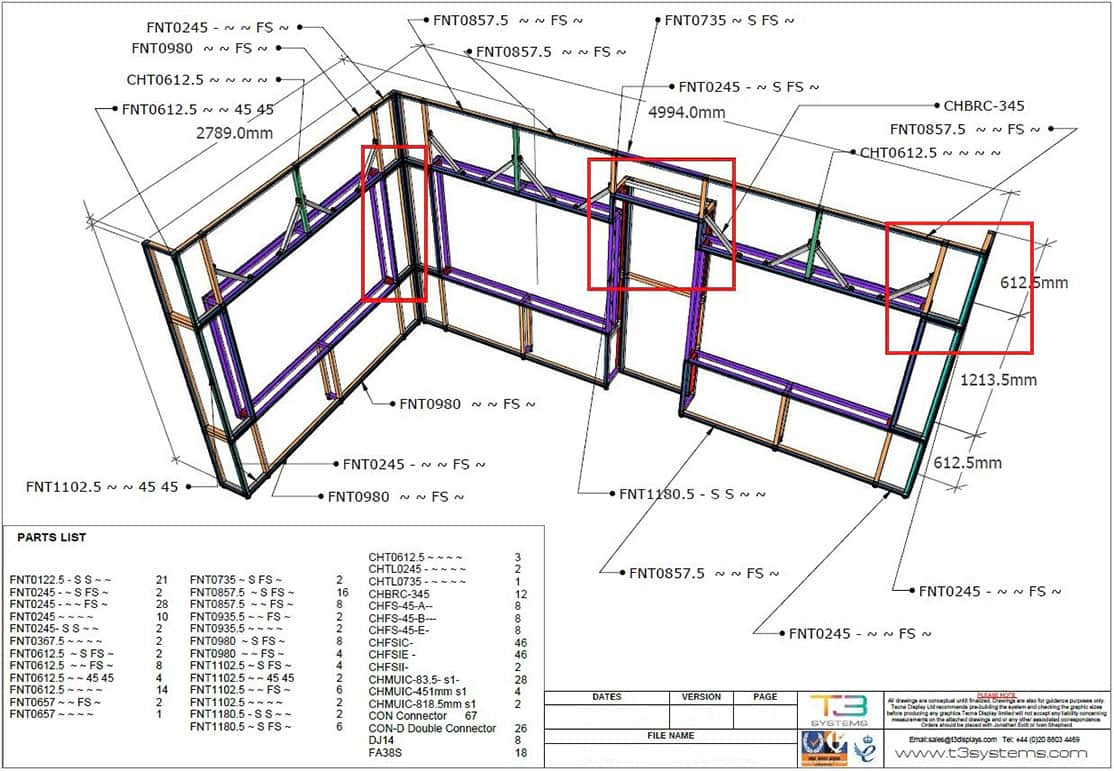 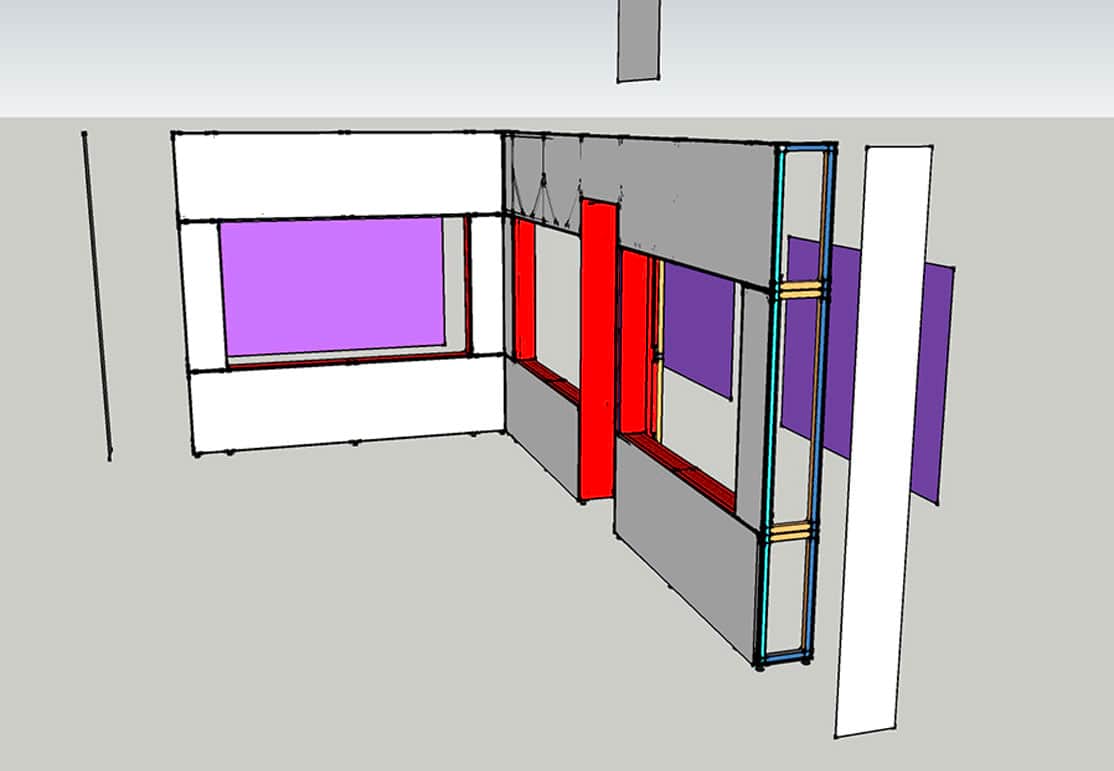 FIND OUT MORE VISIT LES ATELIERS
By continuing to browse the site you are agreeing to our use of cookies.