The brief for this project was for Olson Visual to create multiple displays for their client Focus Features to celebrate their 15 year anniversary at CinemaCon 2017. As well as creating a promotional display for STX Films to rapture attendees at the same event.

This is one of the largest displays created by Olson Visual and T3 Systems to date. The design was made up of three structures that created a 170 foot long by 10 foot high illuminated T3 light wall. Created using the T3Frame solutions fusion and channel extrusions coupled with Velcro and Silverlite 45° graphic mounting finishing. This allowed for the massive front silicon edged textile graphic to be mounted as well as the side panels.  The wall was broken up into the three separate structures due to the location of a fire exit door. T3 is one of the few display frameworks that could accommodate for the fire exit due to its modular design.

The dimensions of the three segments were 101′ long x 8′ high, 57′ long x 8′ high and finally 13′ long x 8′ high. The breaks in the structures was almost impossible to the Silverlite 45° being aligned perfectly and the large, flawlessly printed graphic.

To give the graphics an extra eye catching pop, they were illuminated using the Revolutionary T3Wandlite solution. Providing a brilliant 360° white light, it flawlessly illuminates fabric graphics and can be easily integrated into any T3 structure using a variety of mounting accessories.

The second structure designed was for STX Films. The dimensions for the display was a 96′ long, 6′-9′ high and 24” deep step and repeat T3 Light wall. The wall featured on the stage below a large screen where the viewing of new movie trailers was taking place. It acted as a backdrop for photo shoots and interviews of the movie stars and film producing crew.

Unlike the Focus Features display this structure was illuminated using a LED lighting system that allowed for the event producers to remotely control the intensity of the lights. This was a special requirement as the lights needed to be dimmed or even shut off during interviews and trailer previews.

The 96’ wall was broken into 5 separate segments, which gave it the step and repeat look. Due to space on the stage and available time, the team at Olson pre-built the 5 segments and wheeled them in for installation and dressing with graphics. This was only possible to the modular and lightweight design of the T3Frame solution.

Olson Visual was able to transport these display structures in a few compact travel case to the event premises, allowing them to save of freight costs. Installation of the multiple structures took a team of 4 people 8 hours to install without the use of tools.

Olson Visual delivered a fantastic result for this project. They were able to incorporate all of Focus Features and STX Films requested features while creating structures that could be reused and reconfigured for other events.

The crowd of 4000+ watched as the T3 structure with the beautifully printed STX logo patterned graphic would light up and go dark instantly when a film trailer was played on the large screen overhead. It was another example of why T3 is the best choice for event structures. The display and graphic for Focus got a fantastic response from the public, one of the members of Focus Features actually said it was so beautiful, they may cry. 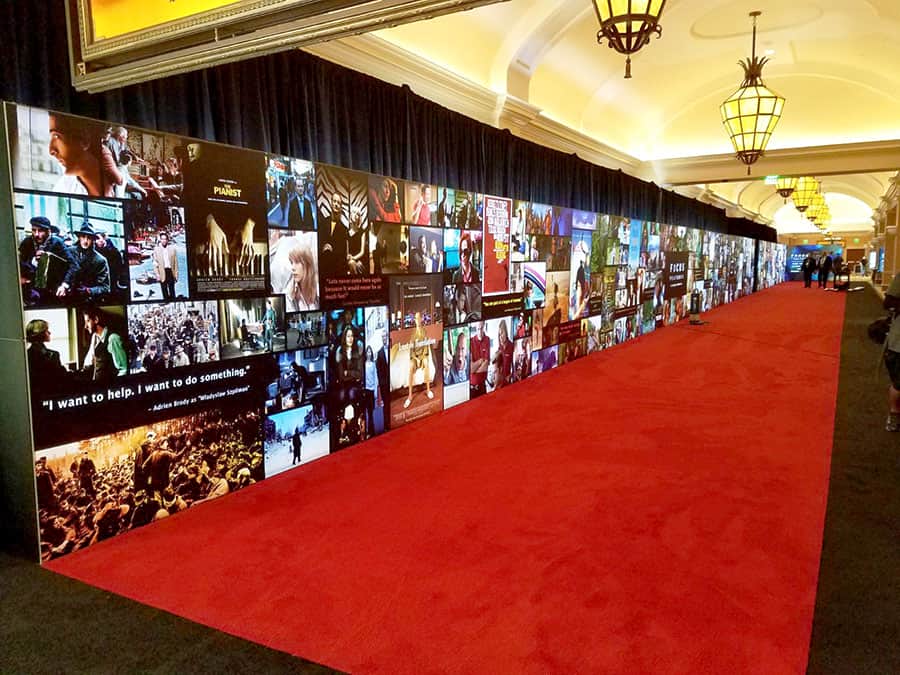 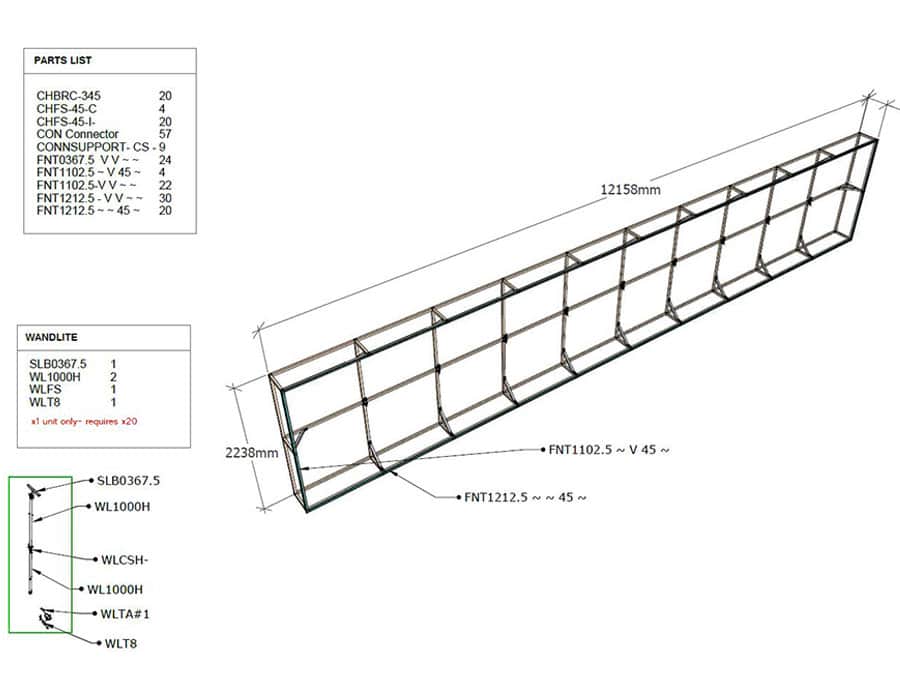 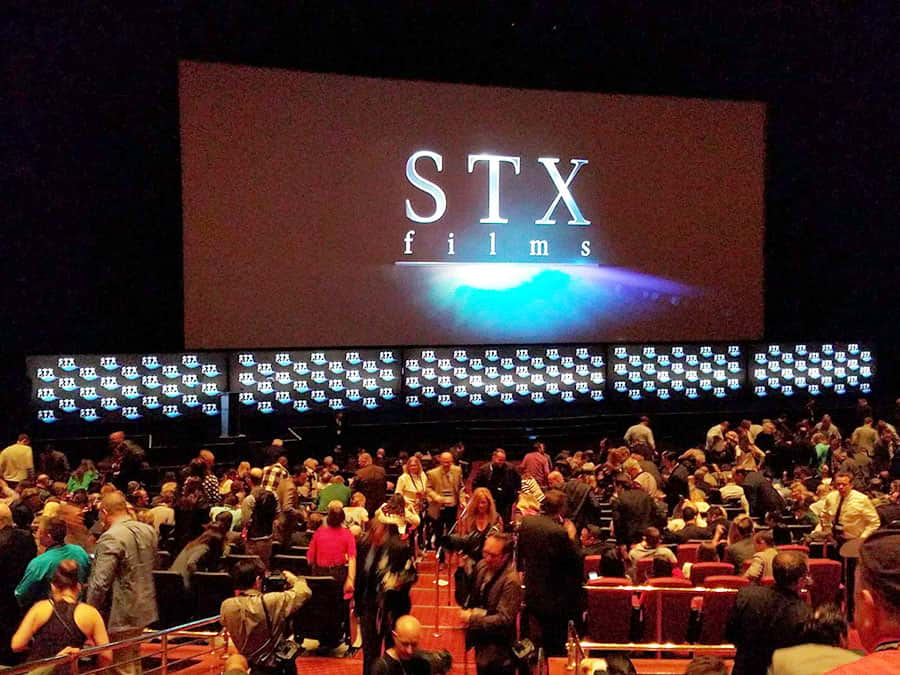 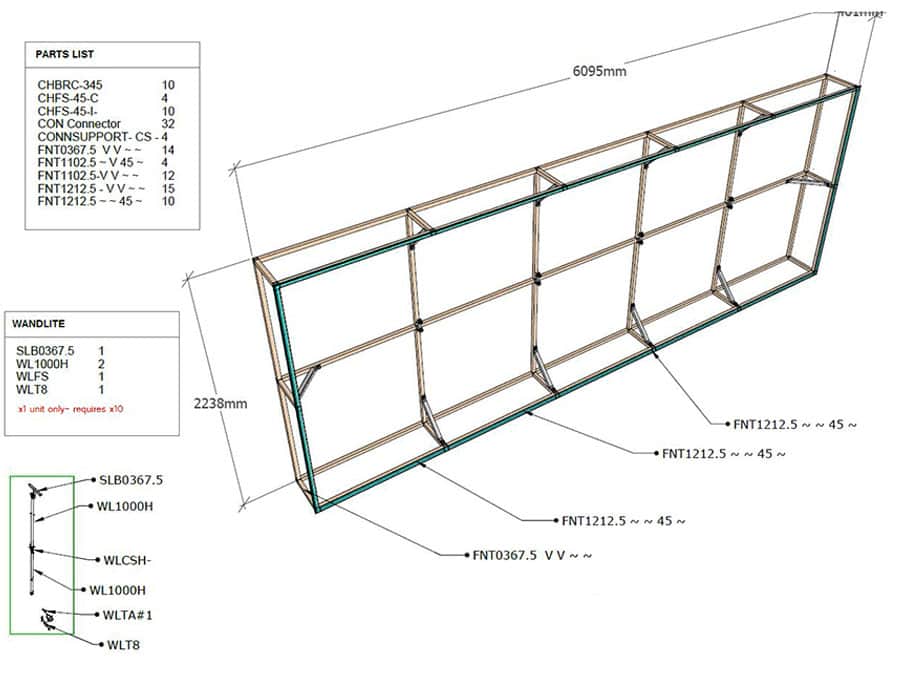 FIND OUT MORE VISIT OLSON VISUAL
By continuing to browse the site you are agreeing to our use of cookies.