The brief for this project was that Golden Strength was tasked to create a series displays for CabiScoop Autumn/Winter fashion show. The displays were to give attendees and the public a sneak peak of what was to come in the actual show. This was no easy task considering the amount of fashion lines and products that were to be showcased. The displays were to be dotted around the lobby and other areas of the Boston Convention and Exhibition Centre convention to completely transform it for the show.

The design that Golden Strength came up with to transform the convention centre was a series of modular retail displays.

Consisting of 18 displays in total:

14 graphic stands and 2 floating wall.  These were created so that Cabi could use gigantic and stunning visuals of their recently released A/W fashion line and some of the clothes and products that were to be on show.

2 encased pedestals. This was one of the most unique modular retail displays created by Golden Strength for CabiScoop. It enabled for multiple mannequins dressed in the very latest fashions and products to be on display to visitors and attendees. The structures had a series of integrated down lights to really make the mannequins stand out.

All the structures were built using the T3Frame’s fusion and channel extrusions. With the floating walls and graphic stands the Silverlite and Silverlite 45° fabric profile was used to allow for the silicon edged graphics to be easily mounted to the structures. As for the encased pedestals, the T3Frame extrusions were finished with Velcro to allow for the semi-rigid graphic panels to be mounted.

One of the most unique selling points of this design was that Cabi was able to use the 18 retail displays individually or in combination for the other venues that they were attending with the fashion show. Due to the structures being easy to transport and quick to set up, Cabi could pick from their displays to use next and what would fit best into the next floor plan.

Golden Strength was able to transport these modular retail displays in multiple boxes on a single shipping pallet due to the modular and lightweight design of the the T3Frame solution. This meant that they were able to be more effective and efficient when it came to freight and shipping costs. The installation of the multiple displays was separated into different times which allowed them to completely transform the convention hall in a much quicker time.

Each graphic stand and floating wall needed no more than 3 team members with a ladder or scissor lift 45 minutes to construct. Whereas the encased pedestals due to its complex design needed 5 team members 5 hours to set up.

Golden Strength delivered a fantastic result for this project. They were able to incorporate all of Cabi’s requested features and completely transform the Boston Convention and Exhibition Centre.

The overall effect at the show was fantastic, all the different elements came together perfectly and can now be used either together or individually at other shows. It really showcases the flexibility and reusability of the T3 Frame system 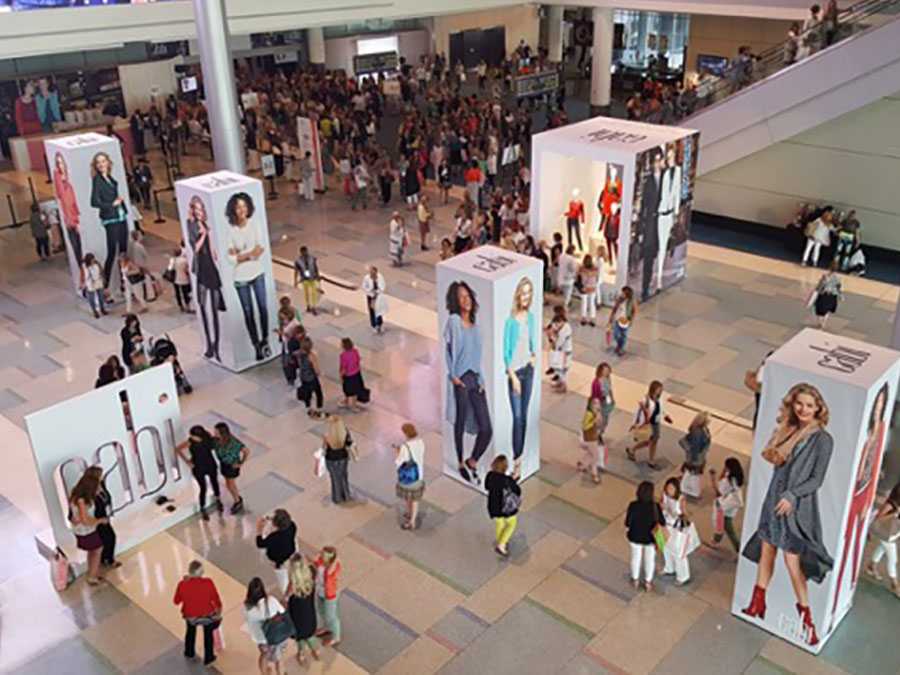 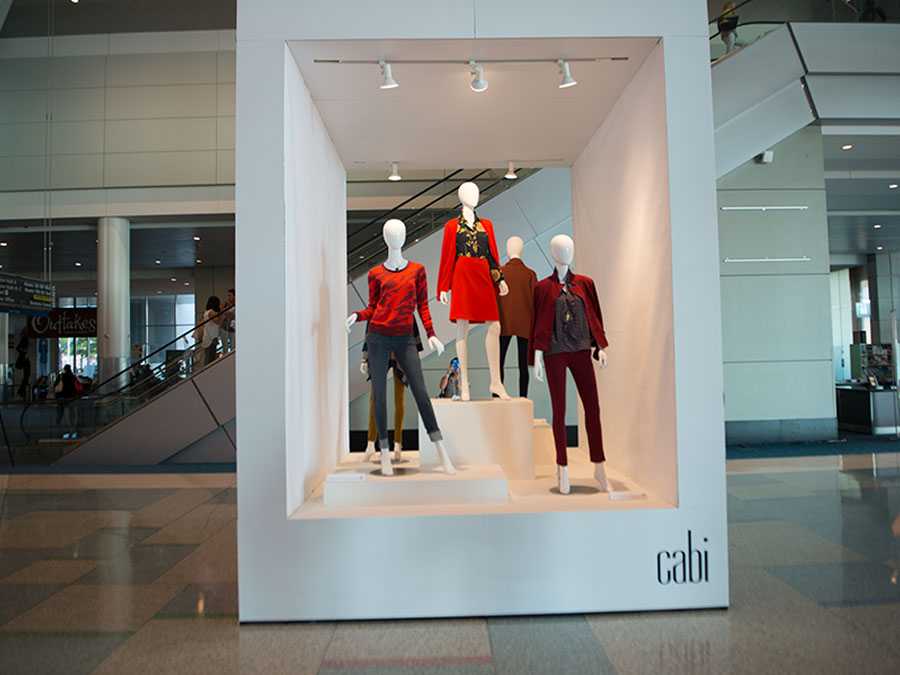 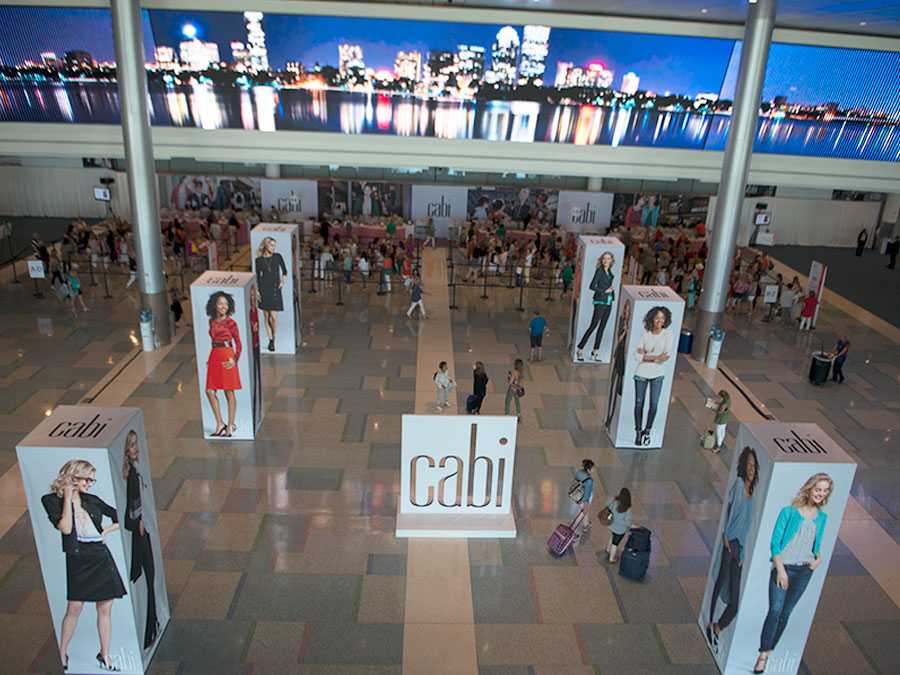 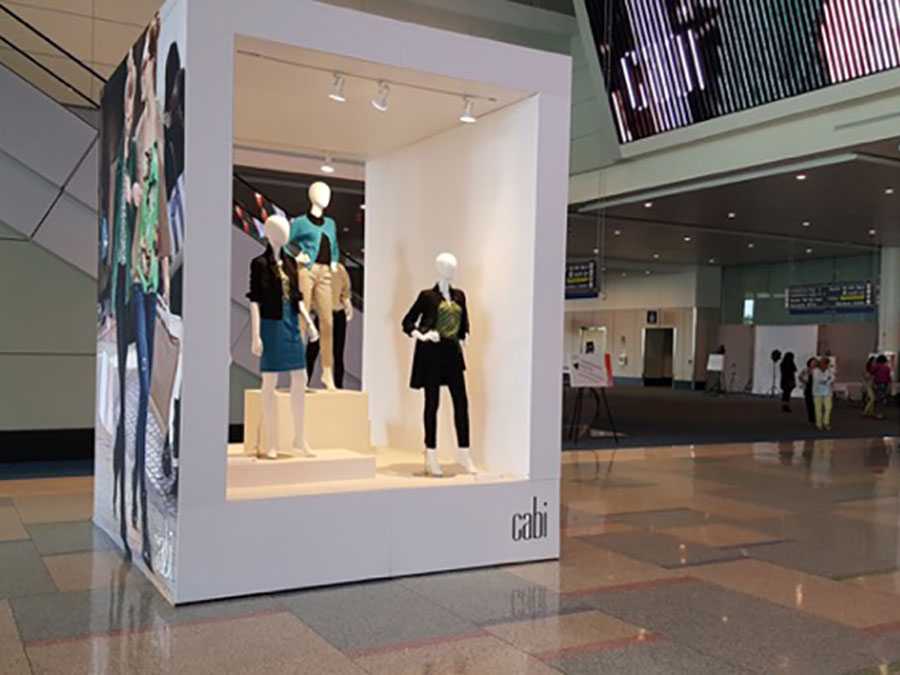 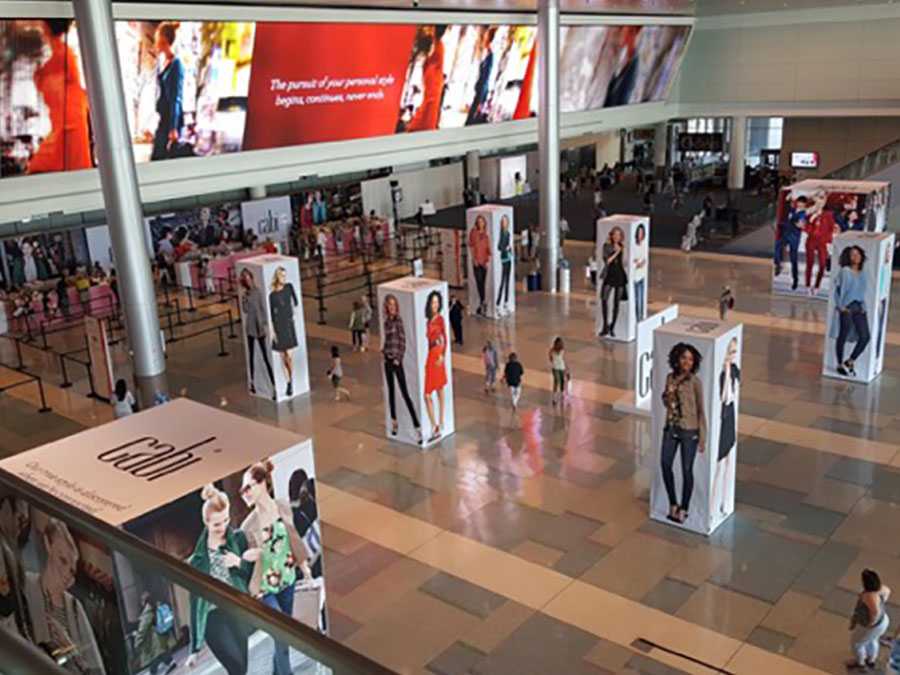 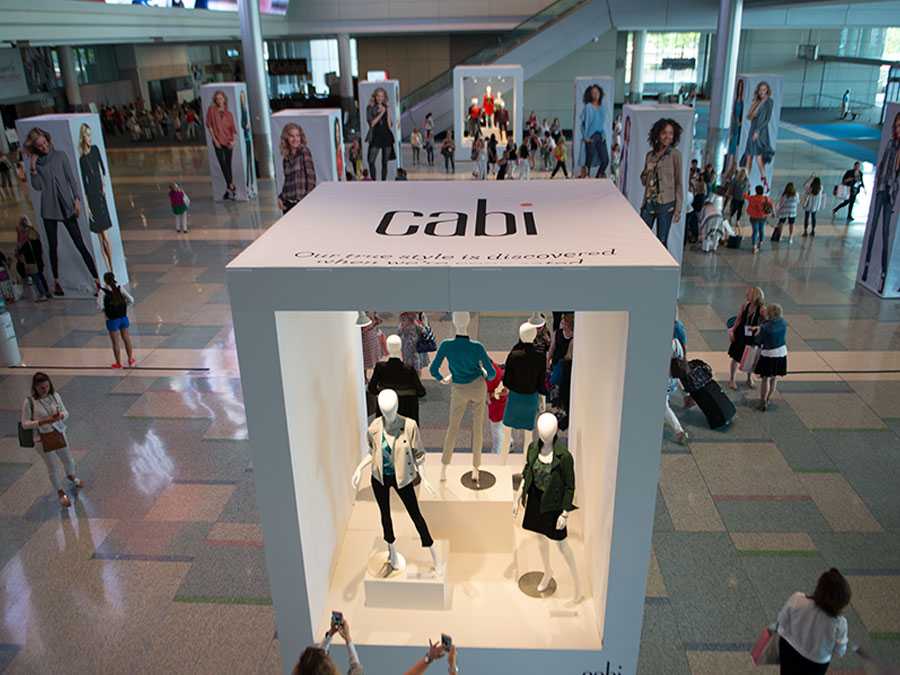 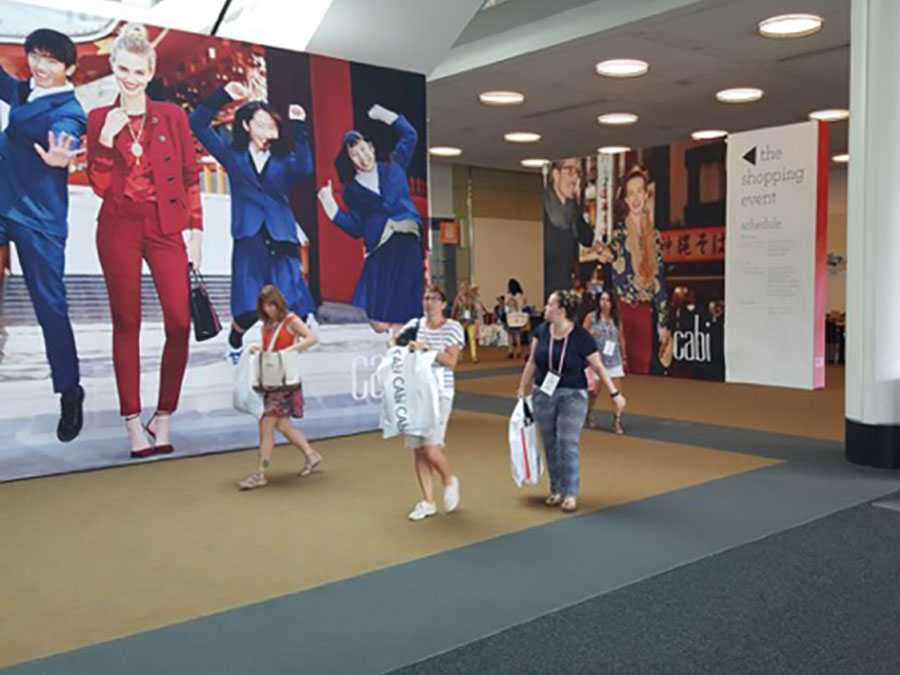 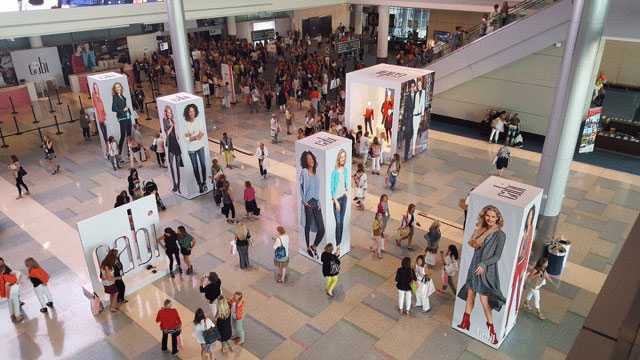 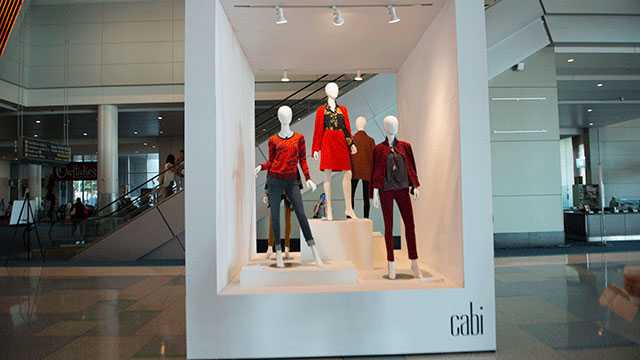 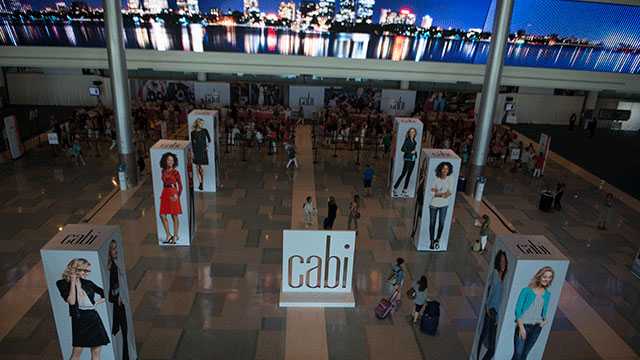 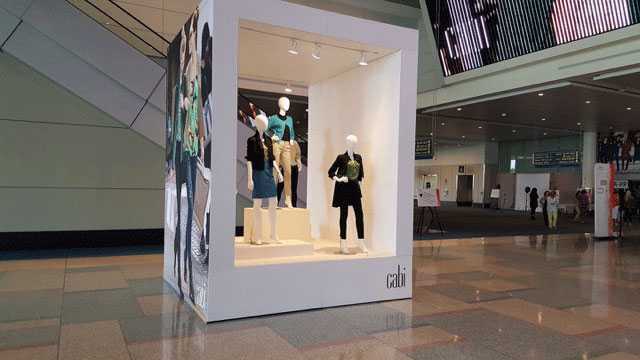 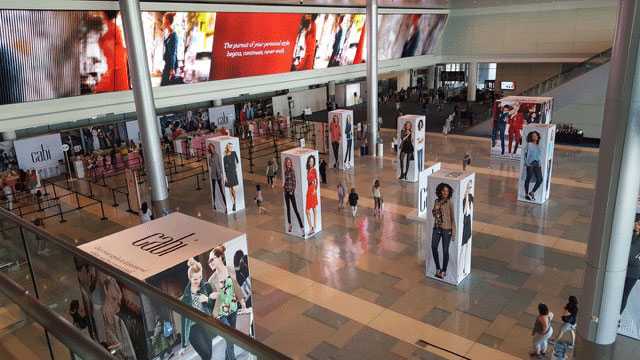 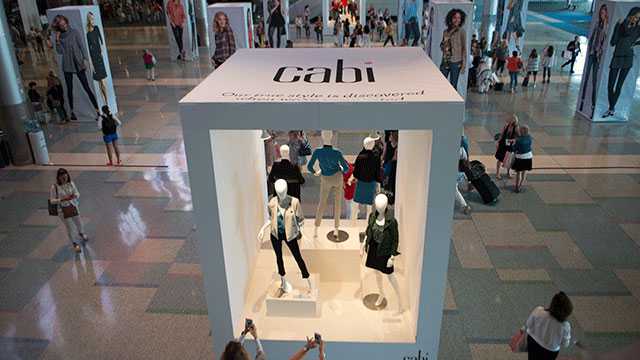 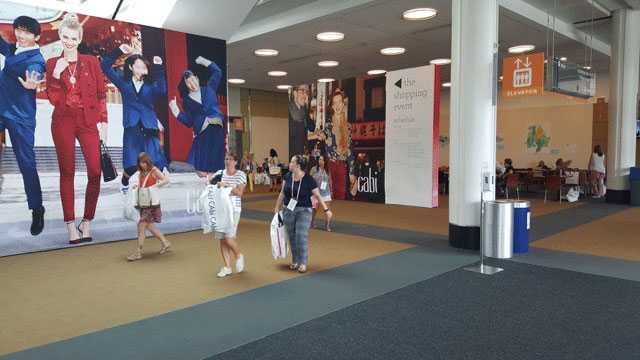 FIND OUT MORE VISIT GOLDEN
By continuing to browse the site you are agreeing to our use of cookies.